The Bridge Awards honor individuals and organizations who have made a significant impact by building bridges between and within communities and who have been critical to sustaining our work of creating high quality, socially relevant theater that is accessible to all. Our Bridge Awards recipients come from a wide range of fields – art, philanthropy, culture, entertainment, agriculture, finance, social justice, healthcare – but one thing they all have in common is a dedication to the betterment of the communities they live, work and serve in.

The evening was led by our Masters of Ceremonies the fun and fabulous Wendy Raquel Robinson and Bruce A. Lemon. CLICK HERE to learn more about our honorees and emcees.

Honoring Alfre Woodard, actress & cofounder of Artists for a New South Africa, The Masumoto Family, co-Authors of The Perfect Peach and past institute community members from Fowler, CA, US Bank, actively engaged in developing, strengthening and energizing our communities. Featuring actress and Cornerstone Ensemble member Bahni Turpin as Master of Ceremonies. 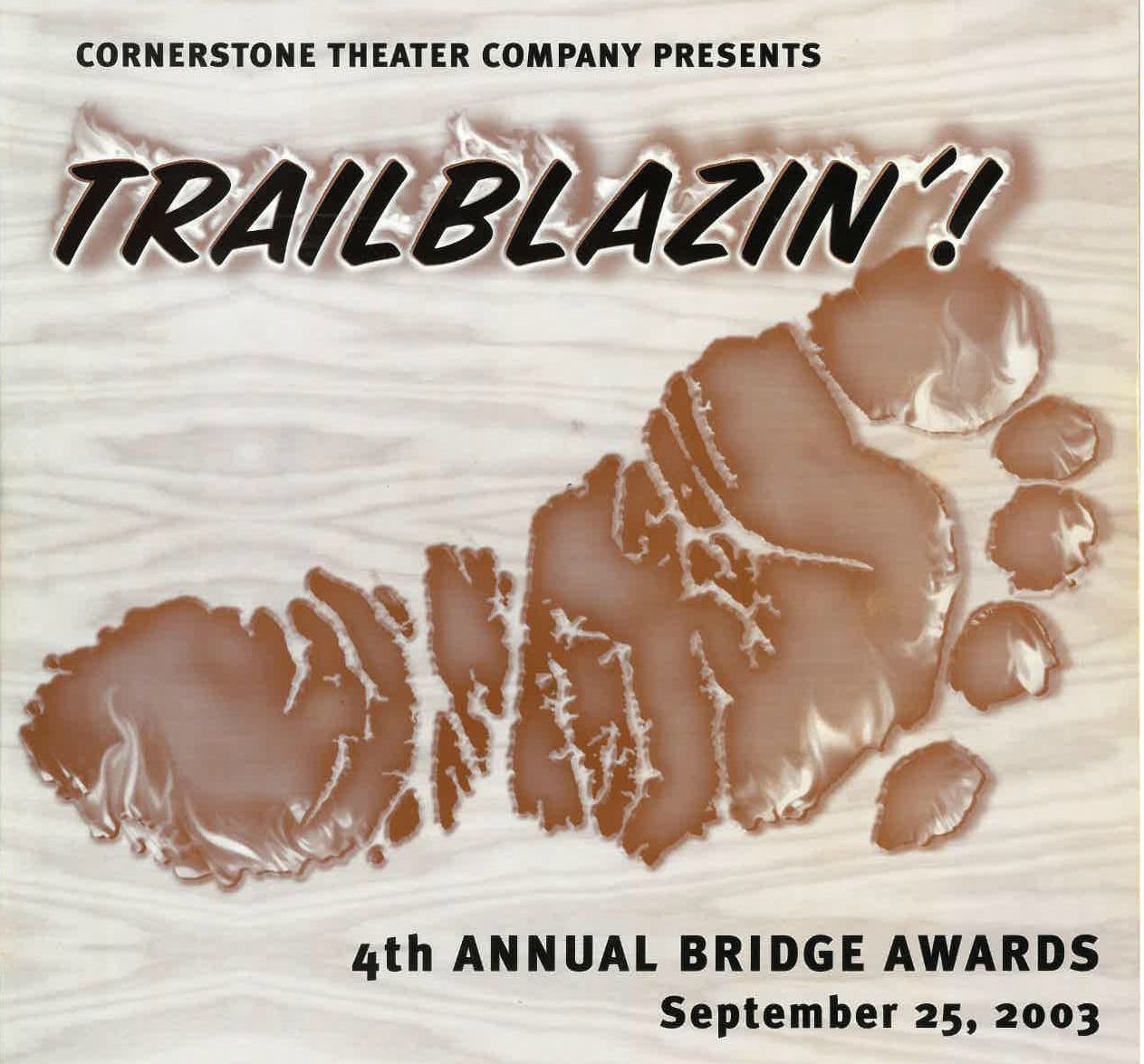 Celebrating a decade and a half of nationwide work through performance and honoring Ron Temple who represents Cornerstone’s first years on the road working in rural communities and the Escobar family who were among the first and most frequent collaborators in the city of Los Angeles. Hosted by Amy Brenneman.